How Social Media Can Affect Your Divorce 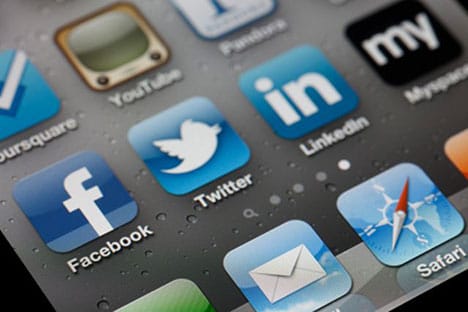 Every so often a topic arises which isnï¿½t, strictly speaking, in the financial realm I usually discuss, but nevertheless has important implications for women going through financially complex divorces. Social media is one of those topics. In my practice as a Divorce Financial Strategistï¿½, I am seeing more and more that not only can social networks and digital communications contribute to the breakup of a marriage, they can have unforeseen consequences in divorce settlement negotiations, as well.

Facebook, MySpace, Twitter, Instagram, LinkedIn and other social media and professional networking websites and smartphone applications have become an important part of how people interact in todayï¿½s culture. Theyï¿½re fun and useful, and these days, theyï¿½re second nature to many of us. When something happens in our lives, we post about it to let our friends know. When something happens in our careers, we update our profiles to enhance professional connections. Weï¿½re sharing personal and professional news, triumphs and tragedies, laughs and tears . . . . and lots and lots of pictures.

Unfortunately, though, we sometimes do this without thinking through all the potential consequences. Not every ï¿½friendï¿½ is a friend. Not every connection is an ally. And many times, a message you thought was private turns out to be anything but.

Here are some of the ways that social media activity can impact your divorce proceedings:

Online activity can provide clues to hidden assets or other dirty tricks.

Married couples often have dozens of mutual friends and connections. If the marriage breaks up, obviously some of these people will be more loyal to one spouse than the other. Iï¿½ve had more than one client report a steady stream of information about her estranged husbandï¿½s financial activities, as relayed by mutual friends who were still following his Facebook updates. So, even if heï¿½s blocked you from seeing his posts directly, your mutual friends can still tell you all about the ski trip he took to Switzerland with his girlfriend a week after claiming he couldnï¿½t afford to pay spousal support.

Yes, we can definitely add social media activity to the list of signs that your husband may be hiding assets during divorce. Sometimes it isnï¿½t the husbandï¿½s online activity that gives him away, but his friendsï¿½. Maybe your husbandï¿½s pals shared pictures of their trip to Vegas in his new BMW, or his girlfriend updated her Facebook status to exclaim over an expensive present, when he just pleaded in Court that heï¿½s broke. Or maybe a college friend of his suddenly appeared in pictures with a ï¿½newï¿½ boat ï¿½one you recognize as your husbandï¿½s, and suspect that this pal is holding it for him until your divorce is finalized. If you think your husband may be hiding assets, social media activity might well bear out your suspicions.

Email and text messages can be admissible evidence in Court.

In addition to activity on social media and networking websites, emails and texts ï¿½ the routine ways we communicate today ï¿½ can sometimes be subpoenaed and gone through with a fine-tooth comb.

If your husband refers even obliquely to an impending bonus, a new job offer, or a plan to ï¿½get away from it all for a few days,ï¿½ this might be evidence that he is not telling the truth on his Financial Affidavit. At the very least, it could call his credibility into serious question.

Family lawyers advise their clients not to put anything in an email, a text message, online or anywhere that they donï¿½t want the judge to read. In the context of a divorce, if either party has shared information digitally that is at odds with what theyï¿½ve conveyed in person, or in legal documents, it can create serious problems. Lying on financial documents is a crime, and social media, email and text messages provide a potentially huge trail of evidence that can be hard to explain away.

This can all work in your favor. But remember, it all applies to you, too.

Weï¿½ve discussed ways social media can trip up your husband, but you also need to be exceedingly careful with your own online activity during divorce. Be absolutely sure you update your privacy settings on all social media accounts. Even better would be to follow this general rule:

This infographic provides a useful guideline for online conduct during divorce.

In general, you should think of social media activity as both public and permanent. Even if youï¿½ve deleted or hidden previous posts or photos, it is possible that someone has taken a screenshot of your page while they existed or were public, or that a cached version is still retrievable through a search engine. Even Snapchat, a picture-sharing app thatï¿½s popular because pictures shared through it ï¿½disappearï¿½ after a few seconds, is vulnerable to a quick screen shot by the photoï¿½s recipient.

So please, remember two things about social media as you go through the divorce process: 1) It may provide very useful information about your spouse, particularly if what he says in legal documents is at odds with what he posts online, and 2) Heï¿½s hearing that exact same advice from his divorce team. If you use social media yourself, you need to exercise caution, discretion and excellent judgment.