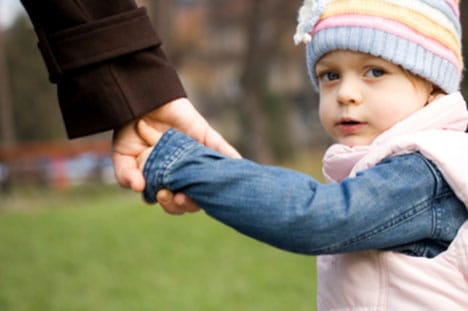 Has your spouse run off with your kids to another state and filed for custody? Do you want to modify visitation but neither parent now lives in the state where the divorce was finalized? If these, or similar situations, are happening to you things could get complicated very quickly. Even when one state is involved, child custody cases can be difficult for a judge to decide. When multiple states are involved, child custody lawsuits can become very complicated, involving state, federal, and sometimes international law. You probably need an attorney immediately, but here are ten things you should know before contacting your attorney.

1. There are both state and federal laws that govern child custody cases involving multiple states. Currently the most comprehensive law that governs child custody cases across state lines is the Uniform Child Custody Jurisdiction and Enforcement Act (UCCJEA),(1997), 9(1A) U.L.A. 657 (1999). The text of the UCCJEA and other information, including what states have enacted it, can be found atwww.nccusl.com. All but two states, Massachusetts and Vermont, have made this their law. It replaced the Uniform Child Custody Jurisdiction Act (UCCJA), 9(1A) U.L.A. 271 (1999), because the older law conflicted with the federal Parental Kidnapping Prevention Act (PKPA), 28 U.S.C. section 1738A. As you can see there are multiple laws that affect an interstate child custody case.

The states make uniform laws among themselves in areas where people commonly interact with other people in other states, like commercial law and child custody. Before the states set up the system of uniform laws among themselves, child custody decisions from one state had to be followed in another state, as required by the US Constitution. Parents wanting a divorce would take the kids to another state and have the court in the other state give them custody of the kids. The court in the original state would have to abide by the original order even if it wasn’t in the best interest of the kids according to the evidence that is available to it. In addition courts were also free to modify perfectly good custody determinations. This created huge problems so the states got together and created the uniform child custody laws.

2. The UCCJEA only covers issues of child custody and visitation. It does not apply to child support or any other issues.

3. Before any court can make a custody determination, the court must have jurisdiction over the parties by giving notice to the other parent or other affected parties, just like if the case was being held in one state. The notice is usually given in the form of a “notice to appear” or a “summons.” In cases involving two states, the process or notice rules of either state may be used. This can include publication in a newspaper that is likely to get notice to the other party. Getting the proper notice to the other party is extremely important and ensuring that it is done properly means that the advice of an attorney is necessary. Also, making sure that you were given proper notification is also the job of an attorney.

4. The Uniform Child Custody Jurisdiction and Enforcement Act (UCCJEA) also has other jurisdictional criteria or requirements that must be met before the court can hear and decide the case. There are four criteria and they must be looked at in order. They are:

(1.) The state where the court sits is the child’s “home state.” This is the state where the child is living with a parent for six months or more immediately prior to the filing of the proceeding. This extends for another six months as long as a parent remains in the home state. Therefore, most children have home states. Which means that anything filed that affects custody or visitation must be filed in the child’s home state even if the child is not currently in that state.

(2.) If there is no home state, the next court in line for jurisdiction would be the state with a “significant connection.” This would be a state where a substantial amount of evidence to make a determination might be found. For instance, both parents moved to different states than the home state and the home state declined jurisdiction. The state with a significant connection might be the state where the child has been attending school, or a state that has a juvenile delinquency case against the child.

(4.) Very rarely no other state can or will take jurisdiction. This is sometimes called “vacuum jurisdiction.” Paperwork filed under this jurisdiction will be carefully scrutinized by the judge. Perhaps this would be a case involving migrant workers or something where the child hasn’t lived in one state more than a couple of weeks in more than six months.

5. The judges from the two different states are supposed to call each other if there is a question about jurisdiction or if the judges are not in agreement. This would occur if two states were claiming significant connection and there was no home state. The parties may be included in those conversations.

6. A court can decline jurisdiction under certain circumstances. First, if the court would be inconvenient for the parties. This would be where Florida is the home state or has a significant connection but declines because both parents have moved to different states far away. The second reason a court may decline jurisdiction is if either of the parties has engaged in misconduct.

– The court with jurisdiction determines that the child and a parent or the child no longer has a significant connection within the state and there is no longer substantial evidence available in the state concerning the child’s welfare,

– The court with continuing jurisdiction or a court of any other state determines that the child, the parents, or anybody acting as parent no longer reside in that original state.

8. No other court from another state can modify a custody determination of the issuing court except in the following cases:

– The jurisdictional requirements of an emergency order are met, or

(1.) The original issuing court no longer has exclusive continuing jurisdiction,

(2.) The original issuing court believes the modifying court would be more convenient.

9. The UCCJEA allows a court to issue temporary orders in emergency situations when the child is present in the state. The order must be made to protect the child from abuse or threatened abuse from a family member. Once an emergency order is entered, the court issuing the emergency order then has to determine if there is a previous child custody determination made by another court. If so, the parties must be given time to address the issue in the court having continuing exclusive jurisdiction. If there was not a previous order, the emergency order may end up becoming a permanent order once the court making the order becomes the home state or otherwise ends up with jurisdiction.

10. All determinations or orders, including emergency orders, must be followed and not modified by all other states under the Full Faith and Credit clause, Article IV, Section I of the United States Constitution. However, the UCCJEA does require that the orders and determinations be properly registered in the state where enforcement is sought.