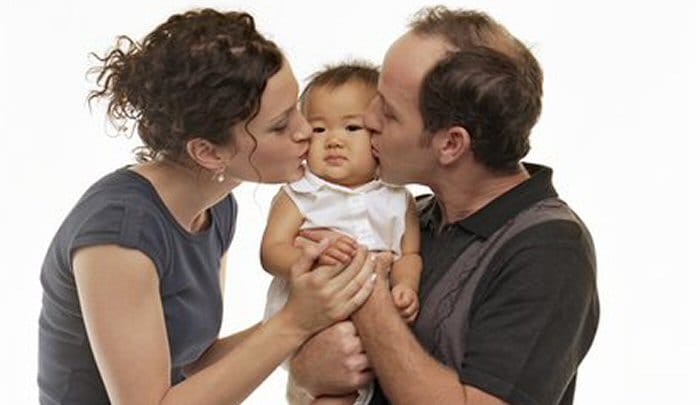 Paternity issue: The first issue to be resolved is whether or not this father is established as a legal father. Since the mother was unmarried, no paternity presumption applied. In California, he would have had to sign the declaration of voluntary paternity in order to be named on the birth certificate and be a legal father. If he did not sign these documents, there would have to be a judgment of his parental rights.

Standing: He would have to establish his paternity somehow in order to have the standing necessary to challenge the adoption. We can presume there is a paternity judgment in place because there was genetic testing and that found he was the biological father which would result in a judgment.

In order for this child to be adopted, the parental status of both parents would have to be terminated. His were not terminated, so it is questionable how this issue could proceed to an adoption judgment. The facts don’t say, but we assume that the adoption is not in place yet.

– Adoption of Michael H. (1995) 10 Cal.4th
1043, 43 Cal.Rptr.2d 445, 898 P.2d 891: unwed father’s failure to commit
to fatherhood during pregnancy negates his right to veto third party adoption.
During pregnancy, parties agree to put child up for adoption, dad was an addict
who tried to kill himself and cleaned up right before birth. Two weeks after
birth he tried to stop the adoption.

– Adoption of Kelsey S. (1992) 1 Cal.4th 816,
4 Cal.Rptr.2d 615, 823 P.2d 1216: In order to deny a nonpresumed biological
father the opportunity to withhold consent to adoption, there must be clear
and convincing evidence showing his unfitness. This standard is necessary to
protect his equal protection and due process rights.

– Adoption of Alexander M. (2001) 94 Cal.App.4th
430, 114 Cal.Rptr.2d 218: Court must hold a hearing on an adoption petition
regarding termination of parental rights, first taking evidence on whether fatherï¿½s
consent to adoption is required under Kelsey S. and Michael H.