Can I Date During My Divorce? 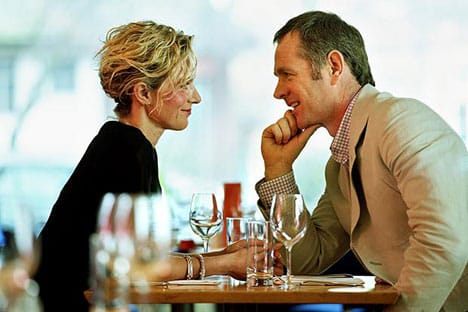 “What is the rule of thumb on dating during the divorce process? Do women expect a divorce to be final in order to take a man seriously? Is it unfair or wrong to show an interest in other women while you are waiting for the final decree?” –O.U.

The rule of thumb is that you don’t date until your divorce is final. I know that’s probably not what you want to hear, especially if you’re lonely right now.

That outlook may seem strict, especially for people who live in, say, North Carolina, whichrequires one year of separation before allowing a couple to file for even a no-fault divorce; Connecticut, which requires an 18-month waiting period before allowing a couple to file; or even Maryland, which requires a one-year wait. That can seem like a long time to “move on,” especially when you are 100 percent positive that you and your spouse won’t reunite. I’d encourage you to use the time between your separation and your divorce to heal emotionally from your marriage.

Often, discussions about the ramifications of divorce for men are about the financial hit that men take in the form of alimony and child support. Too little is said about the emotional toll it takes as well.

One study found that men were six times more likely to be depressed after a separation or divorce than were men who remained married. “Men’s social lives largely revolve around their spouses and family, and when that is disrupted, it can leave men more isolated and prone to depression,” Daniel Buccino, an assistant professor in the Johns Hopkins Department of Psychiatry and Behavioral Science, explained to Divorce360.com.

If this sounds like what you’re experiencing, consider seeking a counselor who can help you work through your feelings, rather than a girlfriend to fill your newfound void. It may also be helpful for you to locate a divorce support group and to begin socializing in group settings so that you can get some of the personal interaction you may be missing.

But maybe that’s not you, and you’re doing just fine, twiddling your thumbs while you wait for the paperwork to officially end your marriage. Unfortunately, if you’re in the “divorce process,” you’re not divorced, (i.e., you are still married). For a number of additional reasons, you still need to wait to begin looking for your next relationship.

Since you’re looking to be taken “seriously” by women, that means you’re not dating just for kicks, and you may be considering remarrying. A recent survey of 2,000 newly divorced people found that nearly 50 percent of divorced men were hoping to repeat their trip down the aisle.

You should know that two-thirds of second marriages fail. That’s not to discourage you from believing in a second chance at love; it’s to warn you not to rush into anything “serious” too soon. It’s imperative that you take this time to do a personal assessment of yourself and what led to the demise of your marriage so that you don’t repeat those mistakes as you move forward.

A sensible woman will require your divorce to be final in order to take you seriously. You may have the best intentions to form a new relationship and end your marriage (in that order), but as I stated before: It ain’t over just yet.

You honestly don’t want the type of woman who is OK with dating a married man. You are legally committed to someone else, and if there’s a lady who knows that and still thinks, “Oooh! He’s a catch,” she has a whole host of issues — whether she knows it or not — that won’t benefit your well-being down the line, or even now.

You are worried about what a potential dating partner may feel, but you should also want to keep in mind how your still-current spouse may react to your exploring new options now. Dating before your marriage is terminated may upset your otherwise reasonable future ex and make her (more) unreasonable while you’re trying to negotiate custody arrangements or the division of assets.

Your desire for companionship at this particular time could cost you a lot — literally and figuratively. Try to sit still a while longer. Let your desire to move on motivate you to wrap up your marriage quickly by focusing on what’s really important in divorce negotiations.