Marriage on the Rocks? It’s not over until the Supremes sing! 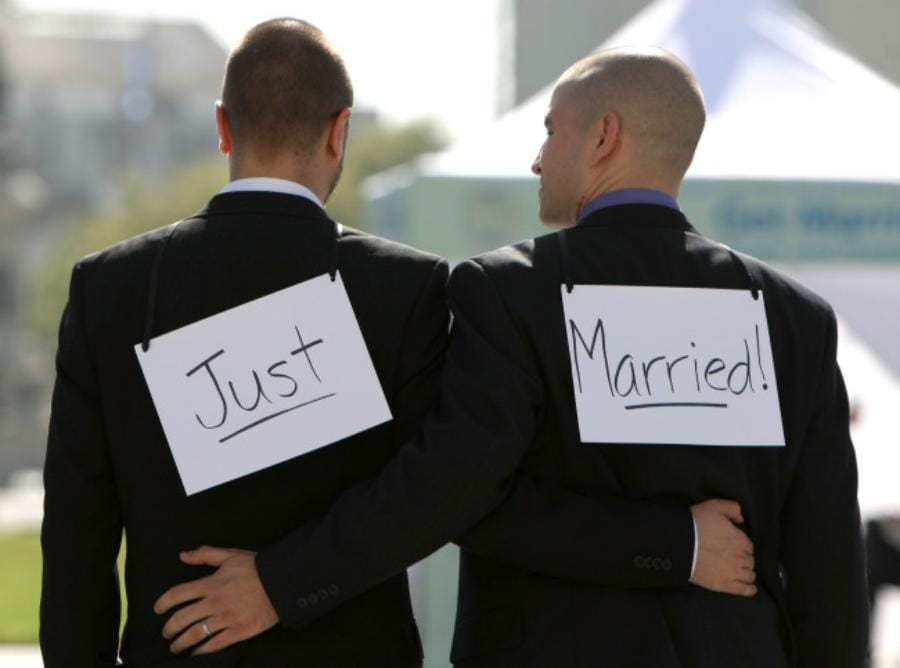 On November 4, 2008, Proposition 8 was passed by a majority of the voters in the State of California, barring same sex marriages. The voters have spoken. However, opponents of the ban on same sex marriage, as the Bard from Stratford-upon-Avon would note, “have not gone quietly in this good night.”

On November 5th, the City and County of San Francisco, et al, as lead petitioners, sought a writ of mandate from the California Supreme Court to consider whether this constitutional ban on same sex marriages should be given full legal effect.

Aside from the City and County of San Francisco, many associations, such as the San Francisco Bar Association, the Lawyers Club of San Francisco, the Lawyers Committee for Civil Rights, and the Legal Aid Society, have filed supporting briefs (Amici briefs) in support of this mandate. Collectively, the petitioners claim that Prop 8 would add language to the California Constitution that denies the fundamental right of marriage to a minority group, gay and lesbian individuals.

In a landmark decision last May, the Supreme Court of California held that a statutory provision with language identical to that of Prop 8 violated the state’s constitutional guarantee of equal protection. Prop 8, if given effect, would cause a class of individuals to be treated differently with respect to the fundamental right to marry.

Opponents further assert that the ban is effectively a constitutional revision (rather than an amendment), which cannot be enacted by a simple majority vote, and must go through a Constitutional process either through a constitutional convention and popular ratification or by approval of a two-thirds majority of the Legislature followed by a special election by the voters of California. An amendment may be added through the popular initiative process. It should be mentioned that this was the same argument that was raised when the City and County of San Francisco attempted to have Prop 8 stricken from the ballot in the summer of 2008, well in advance of the November 4th election. The Supreme Court was not persuaded, and the measure remained on the ballot on Election Day.

Proponents of Prop 8 may well argue that the people of California should be permitted to define the limits of the equal protection clause, just as voters in California were able to define the scope of the prohibition on cruel and unusual punishment when the death penalty was reinstated in People v. Frierson. In Frierson, the California Supreme Court allowed a popular initiative to overturn the holding that the death penalty constituted cruel and unusual punishment on the grounds that this was an amendment and not a revision to the Constitution. However, those opposing the ban on same sex marriage will argue that Frierson merely defined the scope of what is acceptable punishment and what is “cruelty” and therefore did not fundamentally revise the Constitution in the way Prop 8 does. Nevertheless, proponents of the ban have a strong counterargument: the people have spoken and the majority of Californians reject same sex marriages.

Advocates of same sex marriages will find their greatest support in the Supreme Court decision of Raven v. Deukmejian, which supports the Court’s authority to construe the Constitution in criminal cases and provide greater rights to certain defendants than those afforded by the United States Constitution. The Court in Raven found that the proposition at issue, as a proposed amendment, was actually a “broad attack on state court authority to exercise independent judgment and was an invalid revision and could not be enacted as a popular vote.” Similarly, the California Supreme Court must now consider whether a majority of voters of California may take away a right of a minority group through an amendment or if are they blocked from this because this is an impermissible revision to the Constitution. As noted in the landmark California Supreme Court decision Bisby v. Pierno, one of the most fundamental protections of individuals or minorities is that the Supreme Court has the authority to preserve constitutional rights from obliteration by the majority.

At this stage of the proceedings, I expect that the Court will grant the mandate and set this matter for hearing. The challenge for the Court will be significant, considering that voters passed Prop 8, demonstrating their support for the ban. In addition, Chief Justice Ronald George will be facing a retention election in November 2010 which may impact his decision in this case. These considerations must be balanced with the Court’s clear support of marriage as a fundamental right for all Californians, irrespective of sexual orientation, and prior case decisions striking down state propositions where fundamental rights were impacted. To add to the mix, more than 18,000 marriage licenses have been issued by this State since the Supreme Court ruling in May. These marriages are clearly protected because Prop 8 did not specify in the ballot measure that the ban would apply to marriages taking place prior to Election Day. More importantly, both the United States and California Constitutions prevent ex post facto laws to be given any retroactive legal effect when fundamental rights are being impaired, such as the right to marry. This position is the general consensus from legal scholars and has been supported by the Attorney General and family law practitioners such as myself. Even the supporters of Prop 8 have not questioned the validity of those marriages. Accordingly, those sam sex marriages will in all probability be deemed valid irrespective of the subsequent ruling of the California Supreme Court.

Soon the stage will be set for a decision on the fate of Prop 8 and whether the bar on same sex marriages will stand. What will the outcome be? It is impossible to say at this point. We may learn more after the Court grants the mandate and schedules a hearing.
Those considering a same-sex marriage at this time should know that California is in a state of legal limbo. The petitioners who are seeking to have the ban declared unconstitutional as a violation of equal protection are also asking the Court to refrain from enforcing the Prop 8 ban pending a final resolution on the merits. If this ban is stayed by the Court, same sex couples will have a window of opportunity to marry, pending a ruling on the constitutionality of Prop 8. Whether the Court will grant this stay, and permit gays and lesbians to marry in the interim, is uncertain. However, should the Court grant this stay and permit same-sex marriages moving forward, I would still urge same sex couples to defer their nuptial plans. The decision to get married is a serious one and often very stressful. To get married with such a degree of legal uncertainty I believe would add only more stress and anxiety. When deciding to get married, it is far better to know that you are on solid ground. Until we have the ultimate decision by the California Supreme Court, my advice is to “Stop in the Name of Love.”